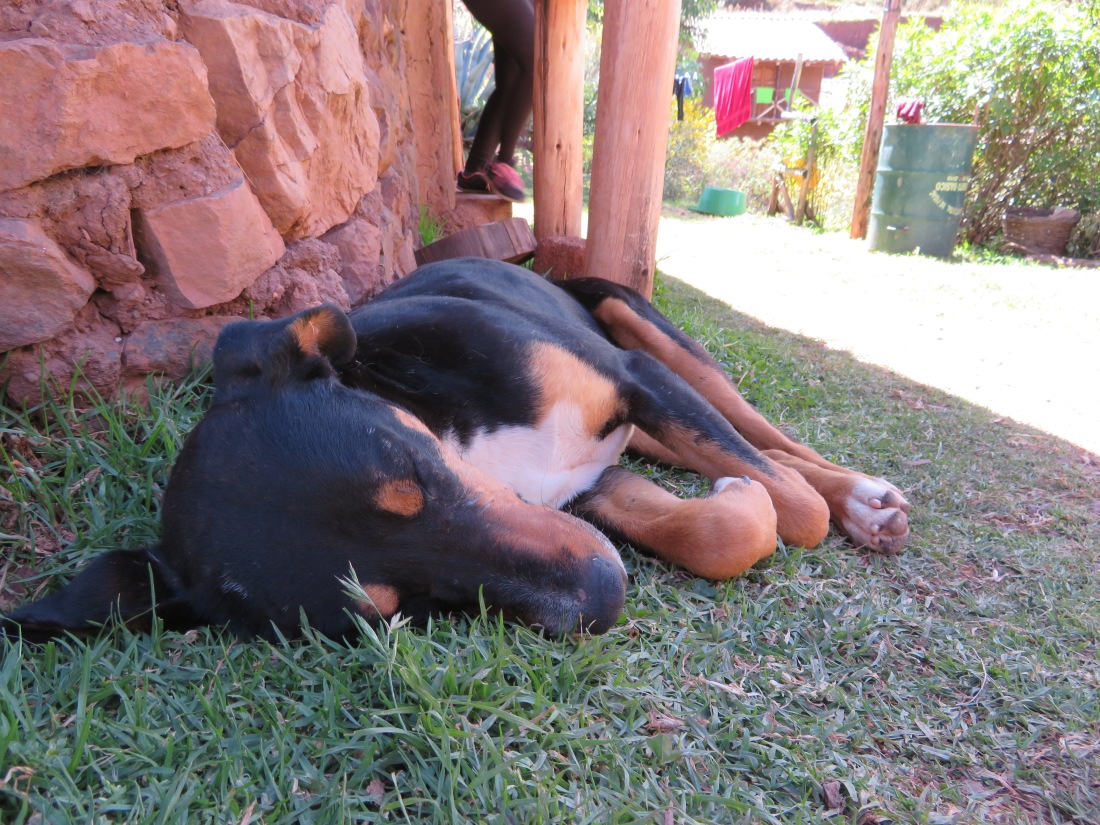 As I was trying to pull myself from bed, it was still dark and cold. It was a struggle to get out of bed, but I had to forcefully wake up. It was around 6 am; and it was our second day in Maska. The water at Mariano’s farm was freezing, so taking a warm shower in the morning wasn’t an option! Plus, water scarcity was an issue in the village, people used to shower either in the freezing water, or used hygiene wipes. As we all prefer to do through the whole three days in Maska!

Mariano went to show us how he built his cottages several years ago. He showed us his worshiping room; and explained his religious belief. Mariano believed that mother natural “Patcch Mama” has given him more than what he asked for. In return, he would give it back from every fortune he receives. For example, when he prepares meal from whatever he grows in his farm, he would spill some of his food on the ground. In his opinion, he is giving mother nature a taste of what it given him; it was his way of thanking it. However, since Peru is majority Catholic, he also explained how his neighbors sometimes gave him sarcastic comments on his religion. He continued: “I respect other’s religious beliefs. I wouldn’t force anyone to accept my religion; at the same time, I would appreciate it if they left me practice my religion comfortably.” 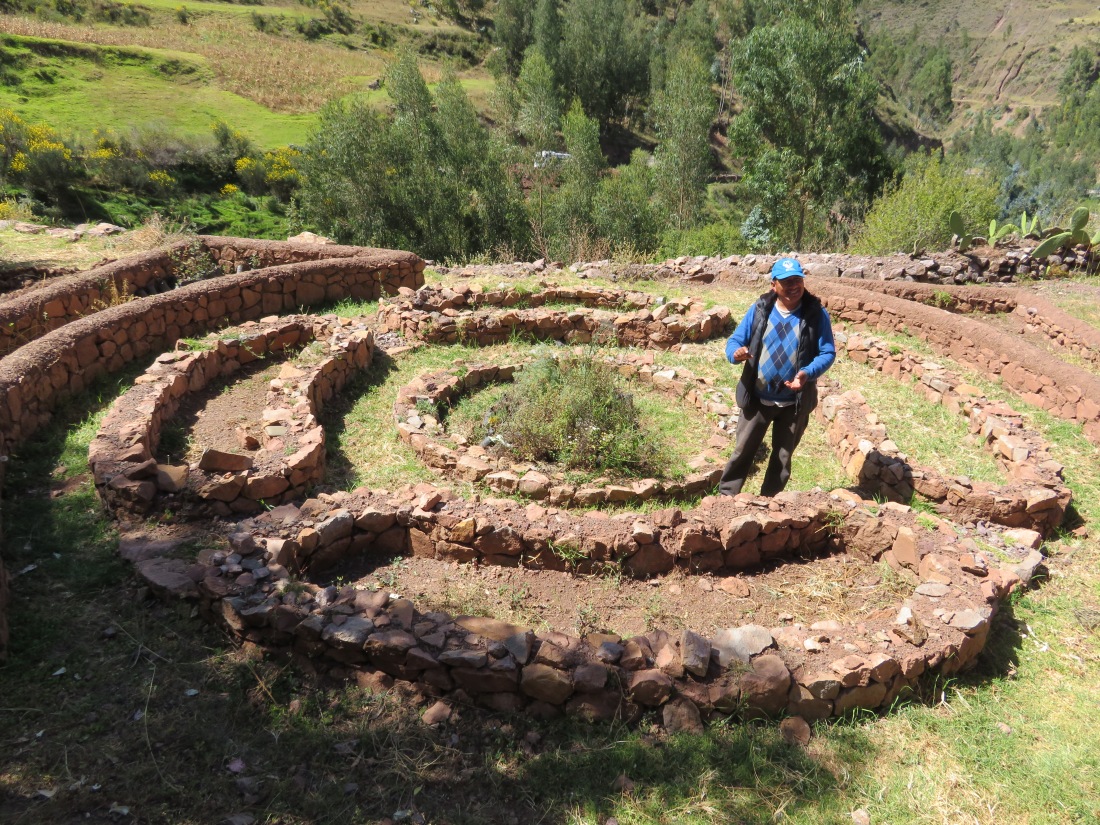 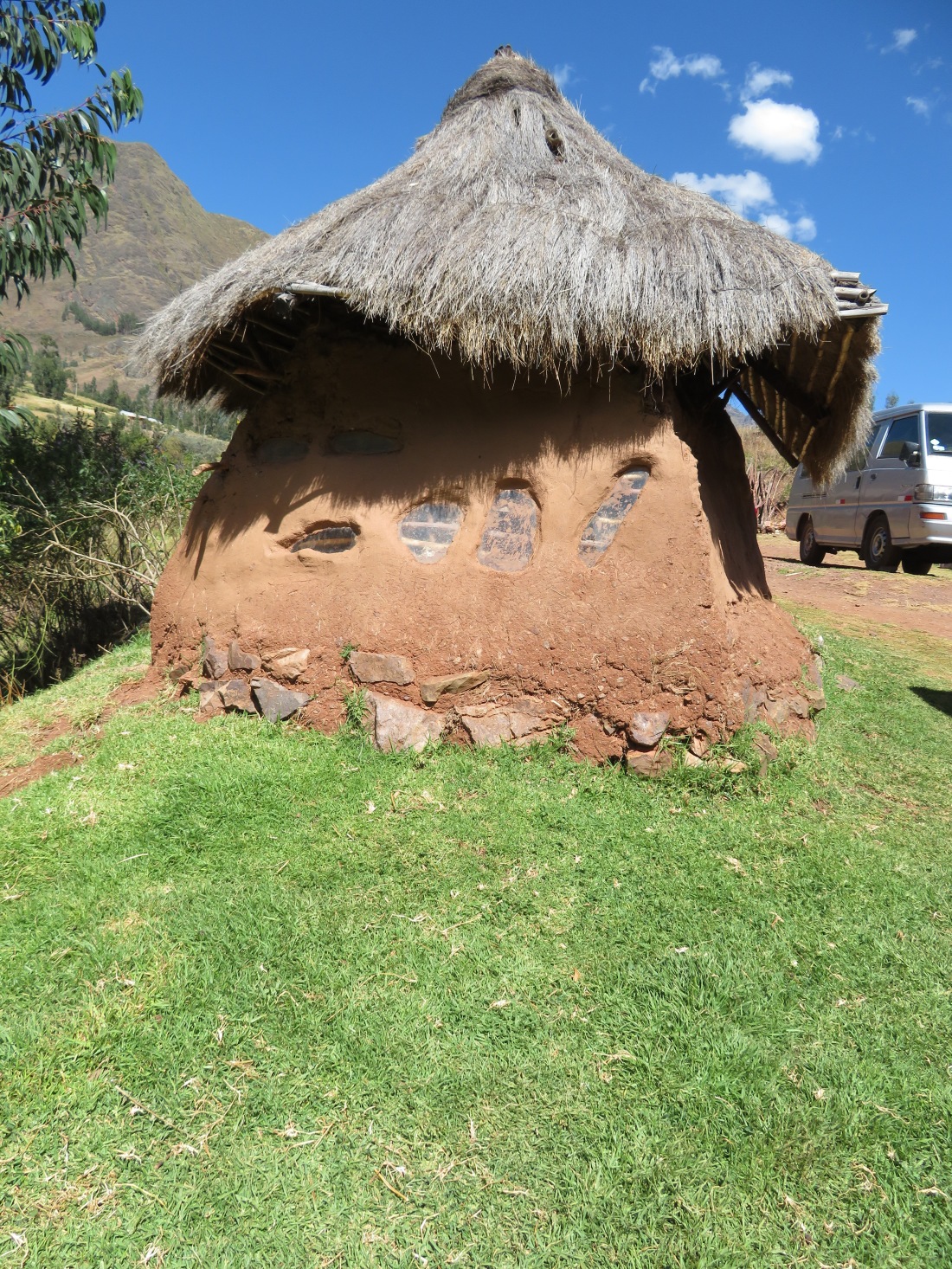 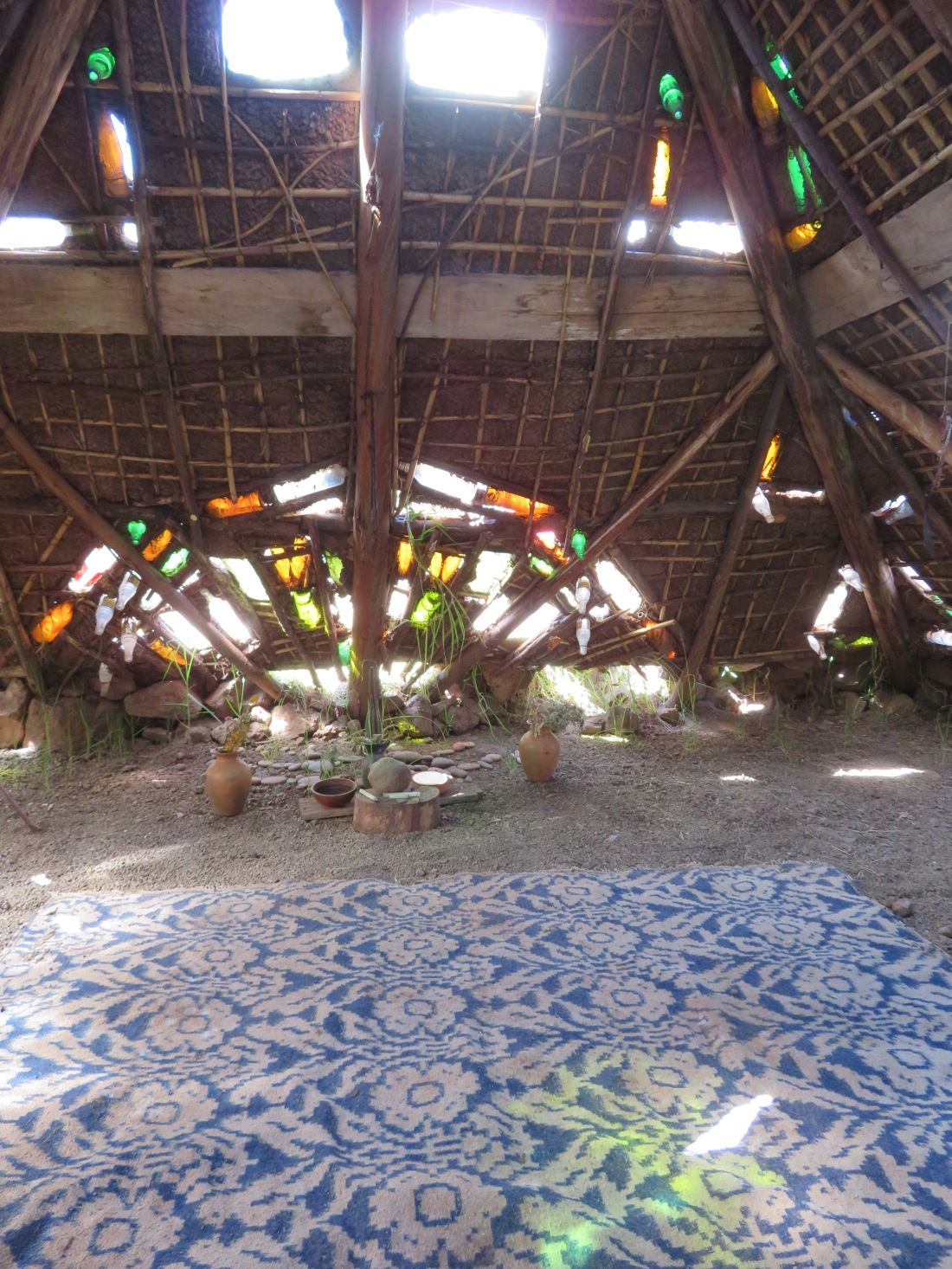 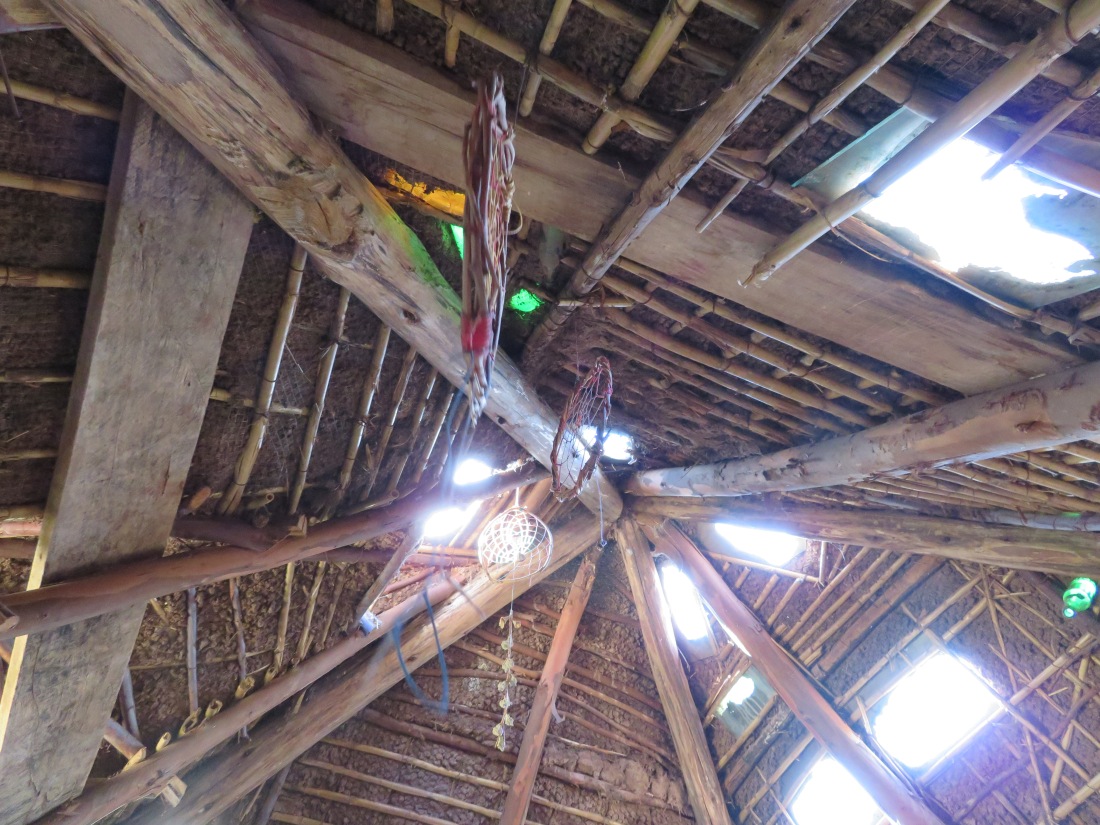 Later, we head to help Mariano continue his work for one of his cottages. He was building A wall using clay and dry sticks. He was building a new cottage for his project, planning to expand the space and built more rooms for future visitors. Funny enough, working on Mariano’s wall was a stress relief. He was joking about how we should apply clay. He told us to through a hand full of clay into the wall as strong as we could. “imagen someone you hate, and through clay on them” he said, while laughing! It was one heavy workout, I would say!

By sunset, we were done, and it was time for dinner. Since electricity wasn’t available there, we used candles and flashlights, gathered in the main room, and listened for Mariano’s speech on sustainability and climate change. It was our last night in Maska.

The next day, we woke up an hour earlier than usual because we were going on a short hike. Even though it was raining that morning, I was ready for my two hours hike. I went with some members of my group to the nearest hills. To be honest, I was a little hesitate to go with them because I am afraid of heights, but I wanted to face my fears. It was all worth it! By the time we got to almost the top of the hill, it was foggy and the view of the village from the top was amazing. 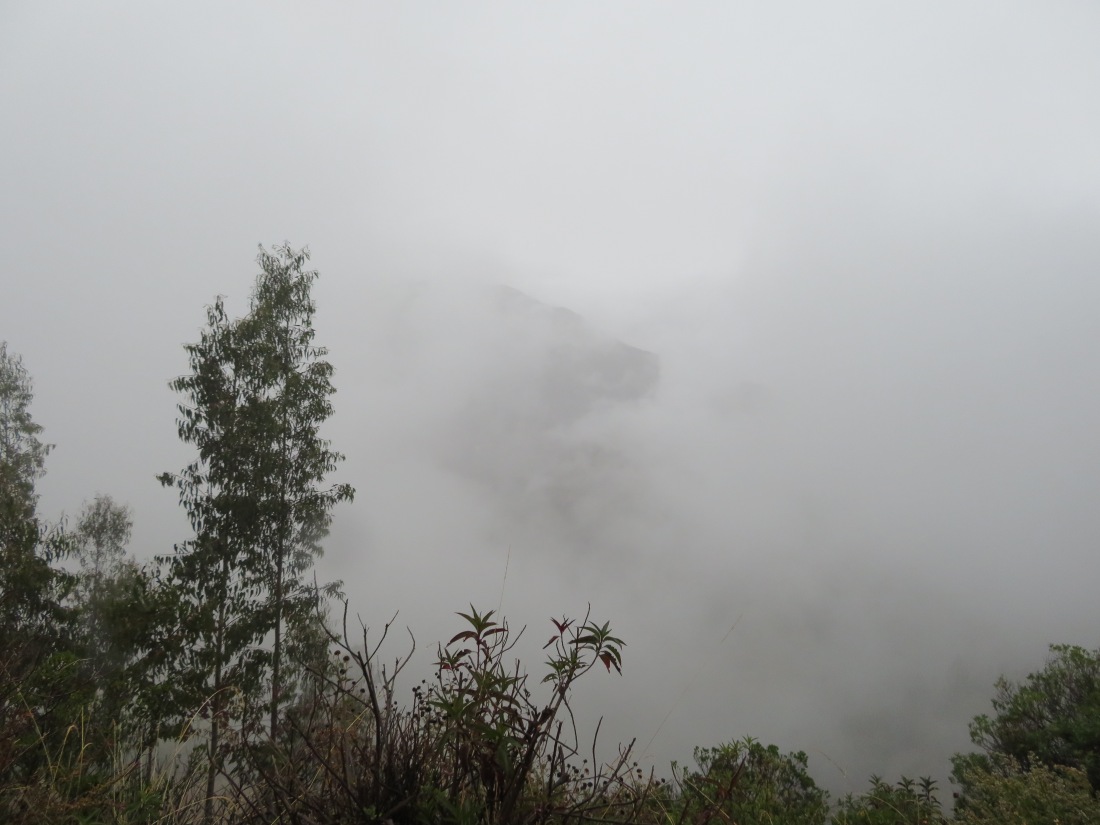 Sadly, we only remained three hours that day in Maska because we had to catch up our bus back to the city. We said our goodbyes to Mariano and his kind family, and took off on two hours ride trip to Cusco!